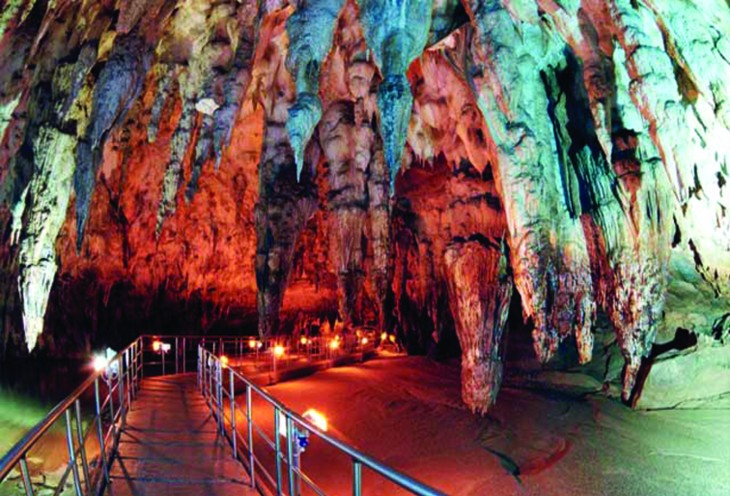 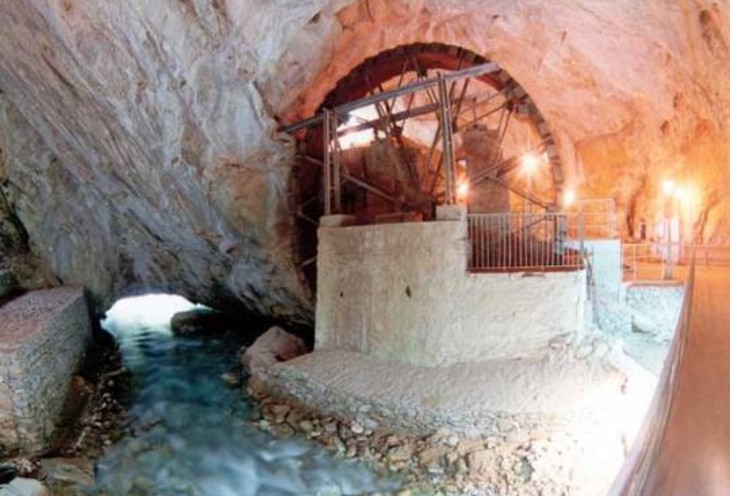 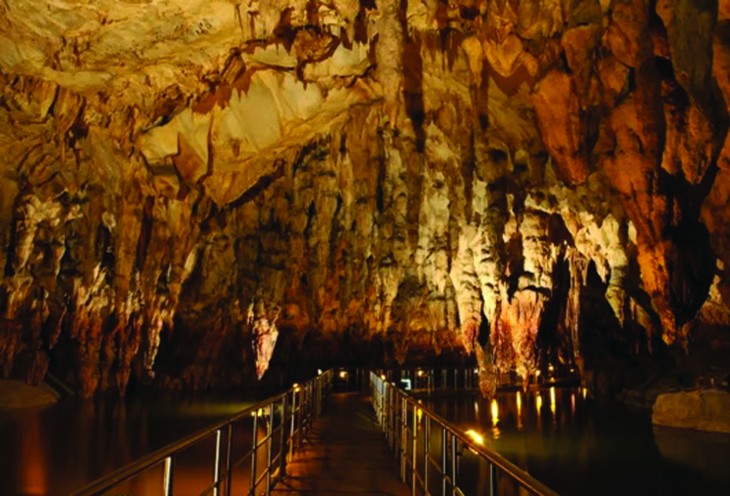 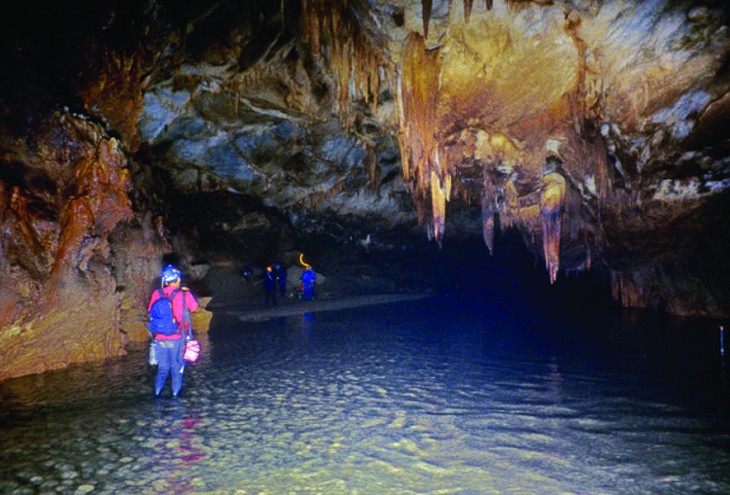 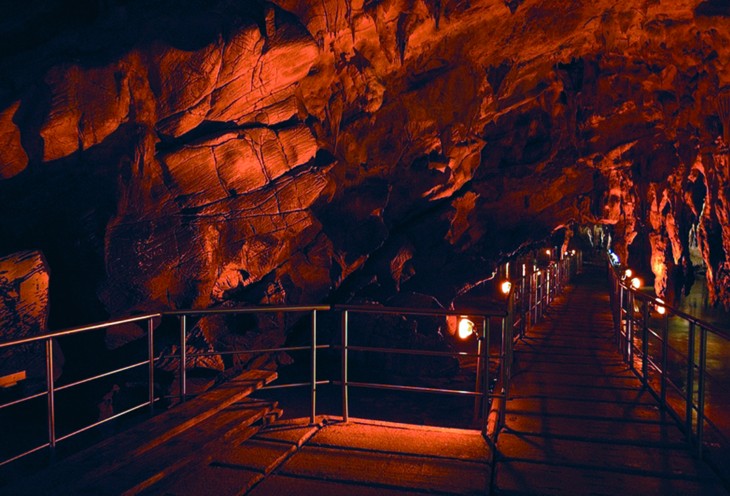 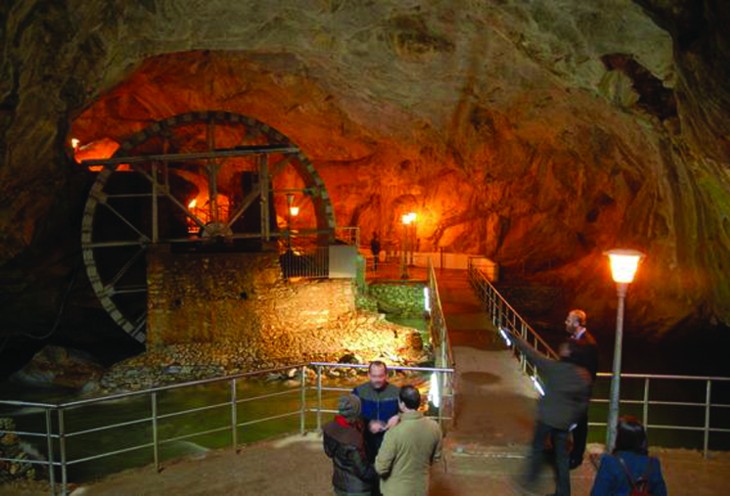 When in the region of Drama, it is worth visiting the Aggitis cave (also called Maaras Cave), located NE of the capital, close to Prosotsani, on the south foot of Falakro mountain where the freezing Aggitis river springs from the depths of the mountain.

It is the largest in length and volume cave in Greece and it is a river cave, the only one existing in Greece!

The cave is an elongated natural pipe which is almost the only draining path for the waters collected in the closed basin of Kato Nevrokopi.

I8.5 km have been explored and only 2.5 are accessible to visitors.