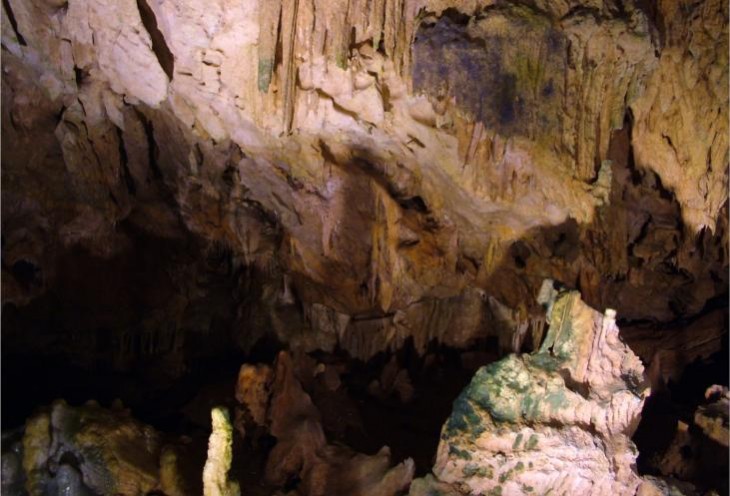 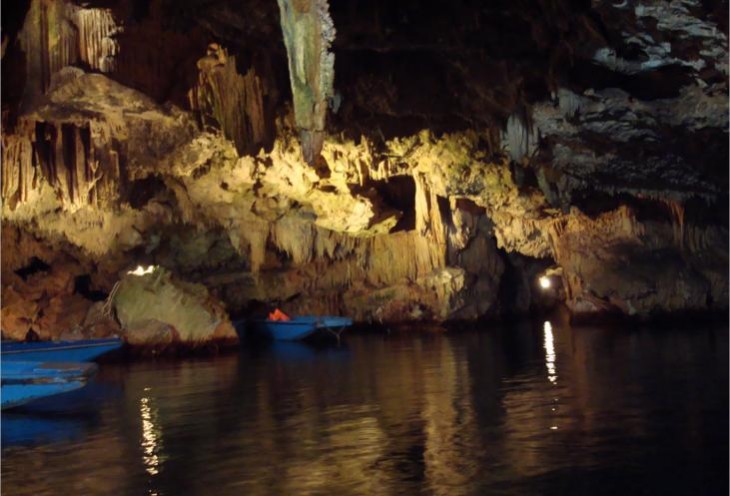 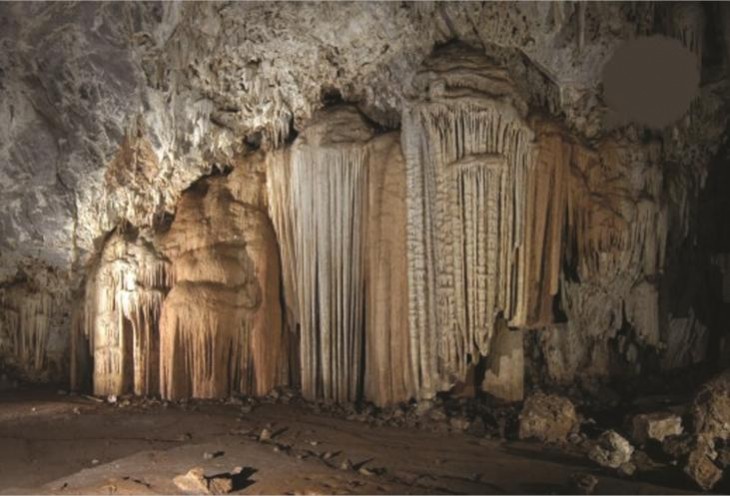 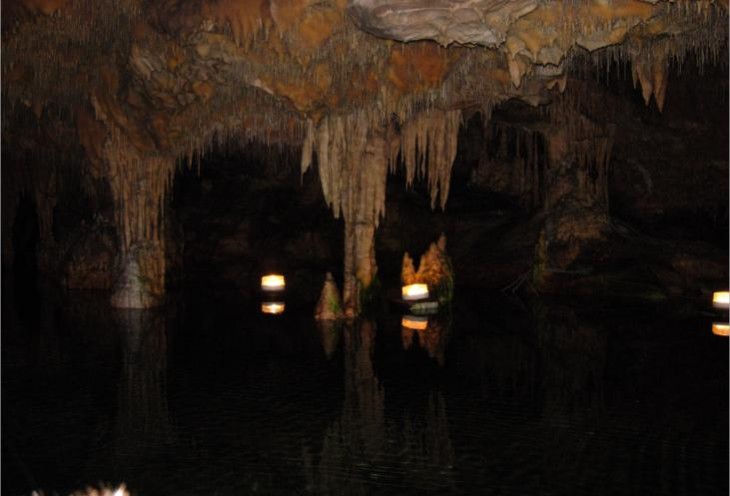 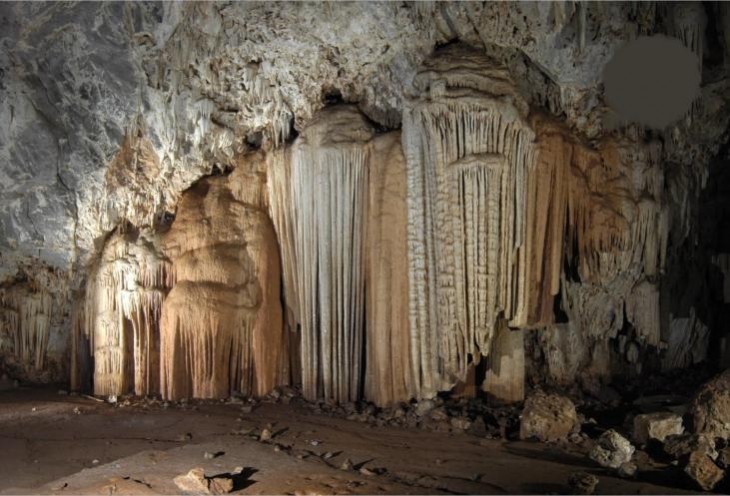 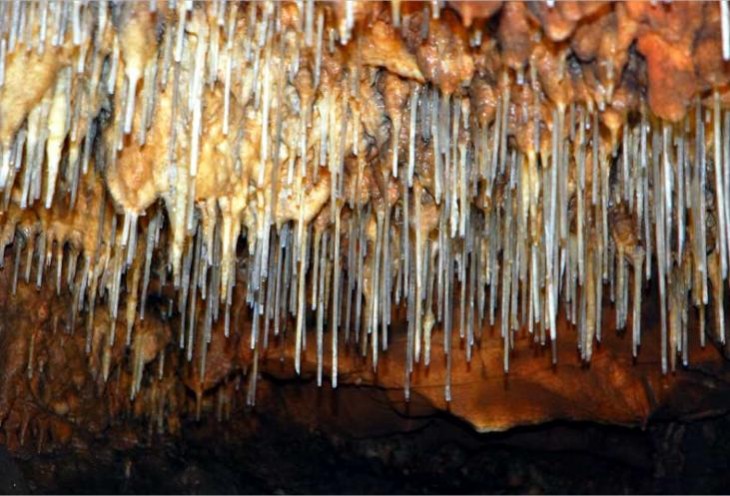 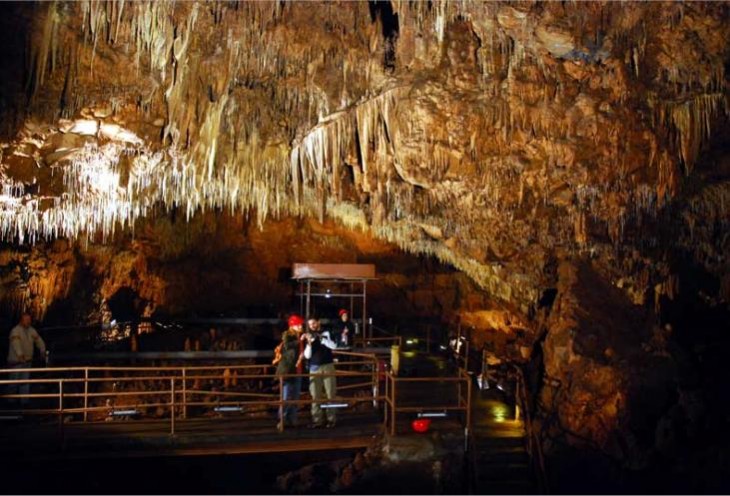 They were explored by the speleologists Ioannis and Anna Petrochilos.

The Alepotrypa cavern was discovered in 1958. Archaeological research begun in 1970 under the direction of archaeologist Georgios Papathanassopoulos.

In the course of the late Neolithic period (4000 – 3000 BC), the cave was extensively used as shelter, dwelling, workshop, storage place for goods, cemetery and a place of worship.

The richness and quality of the unearthed findings witness the existence of a populous society in Alepotripa, which developed over time into an important centre that engaged largely in trade, maritime travel, farming and stockbreeding.

Strangely enough, human skeletons were found on the surface, meaning that entombment had not taken place.

This led archaeologist G. Papathanassopoulos to the conclusion that these Neolithic people died suddenly during a strong earthquake, which in turn generated huge rockslides from the ceiling, thus blocking the cave’s entrance.

The passageways of Alepotrypa, decorated with stalagmites and stalactites, measure 500 m in length. The cave covers an area of 6,500 m2. The central cave ends in a very beautiful lake attaining a maximum depth of 6 m. The cave is not open to the public, yet.

The cave of Vlychada covers an area of 16,700 m2 and since 1949 about 2,800 water passages have been explored. A 2.5-km-long winding passageway is the main route for sightseeing.

During a 40-min boat trip, the visitor comes across an intricate network of passages and galleries, decorated with gleaming stalagmites and stalactites, whose reflection in the water accentuates their natural beauty.

The guided tour into the cavern of Vlichada takes place by boat and on foot – part of it is on land.