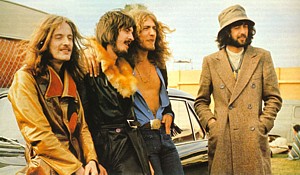 After a spectacular presentation in various cities such as Berlin, London, New York and Tokyo, Athens will also have the chance to enjoy this documentary.
This concert is held in the context of the high definition DVD Celebration Day that includes 16 famous songs, like Stairway to Heaven, Kashmir, Whole Lotta Love, etc. The celebration day concert was organized to commemorate the famous music executive Ahmed Ertegun and attracted a lot of public attention thanks to the reunited Led Zeppelin.
The price of the 2-hour show is 10 Euros for students and 15 Euros for adults. Tickets are available at the Megaron box office (Vas. Sofias Avenue and Kokkali street) or online at the Megaron site. For additional information you can contact 210 7282333 and for group bookings call 210 7282367. To come to Led Zeppelin in Greece, you can easily take the metro and get off at the station Megaron Mousikis, just outside the Megaron or you can take the car and park it at the underground parking of Megaron paying an additional fee.