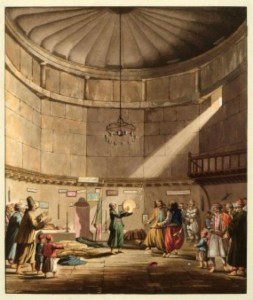 Want to see where they planted tomatoes for the first time in Athens?
Which is the oldest building still in use in the city?
Where the different neighbourhoods had their hamams during the period of Turkish rule?

Follow in the footsteps of the travellers who visited Athens in the 19th century in association with Big Olive.

Groups will consist of no more than 15 and no fewer than 5 people.
Starting point: Diplareios School
Finishing point: Onassis Foundation, Dionysiou Areopagitou