Tolo Hotel Amaryllis it is the ideal location to visit the top 10 places from Tolo, Argolida. 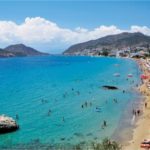 Tolon beach is one of the more pleasant in the zone, it is enormous, has fine brilliant sand and perfectly clear water. It is likewise exceptionally sorted out, there are a lot of beach umbrellas and seat rentals, watercraft rentals and various water sport opportunities. 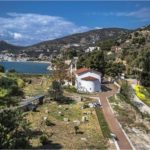 Ancient Asini is the most important sight of the village is the ruins of the ancient Asini; it’s near the village, just outside Tolo, on top of a hilly cape. It provides evidence of the power and splendor of Asini’s kingdom in the time of the Trojan War. 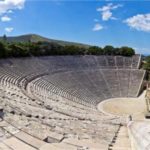 The Ancient Theater of Epidaurus is considered the greatest ancient Greek theater in terms of acoustics and aesthetics. Its capacity is 13,000 spectators and is located in the area of Epidaurus Asklepios. The Ancient Theater was built in the late fourth century BC. In the early 50 s, the theater was restored and made to fit a large number of spectators and in 1955, the Epidaurus Festival, which includes performances every summer since then. 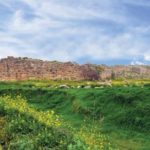 Ancient Tirinta is the main sight of the region, built on a short hill having its entrance at the eastern side of the hill. The size of the walls surrounding the city are impressed. They are approximately 7.5 meters high and 8 meters in width! One can visit the secret tunnels that used to be secret paths to secured tanks of drinkable water. On the upper level one can visit the remains of the palaces which are very well preserved.

Ancient Nemea is an archaeological site, where the famous races of antiquity ‘Nemea’ were held every two years. “Nemea” was introduced in 573 BC. During the races a sacred truce stopped all the hostilities among Greek cities. The awarded prize was a wreath of wild celery. The Nemean Games were burial games in honor of the “Seven at Thebes”, and Opheltes. Judges wore black robes, a sign of mourning. In the ancient times, Nemea was never a city, it only had sports facilities, the temple and all the necessary buildings and infrastructure to organize the games and did not have any residents, only a few priests. Only during the games did people from all over Greece come together.

The Mycenaean Palace is located on the highest spot of the Citadel, it was the symbol of the power of its rulers and was was built on different levels. The Palace’s entrance is to the northwest. The floor and walls were decorated with murals, of which remain but very little. On the west part of the yard there used to be the Throne room, which was the main reception room for guests. Among the remains is a series of edifices, considered to have been houses of the gentry. The archaeological findings at the site prove the close relationship between the Minoan and the Mycenaean art, since the numerous murals and mosaics that have been found there reveal a straight influence from the earlier Cretan-Minoan technique. 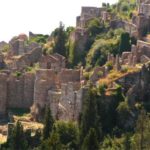 Mystras used to be the most powerful Byzantine town in the Peloponnese from the 13th to the 15th century. It was a fortified town lying on the northern slopes of Mt Taygetos, at about 8 km to the west of Sparta. The castle was built in 1249 by William de Villehardouin, the Frank conqueror of the Peloponnese but it was given to the Byzantines ten years later, who turned Mystras into the capital of the “despotate of Moreas”. The surrounding area is full of ruins and remains of its glorious past. These remains include a fortress, some cisterns and towers, a small palace, some stone-built mansions as well as wonderful Byzantine churches and monasteries, such as the cathedral of Agios Demetrios, the monastery of our Lady Perivleptos and the church of our Lady Hodegetria. Most of these churches are well-restored and have nice frescoes, representing scenes from the Bible. 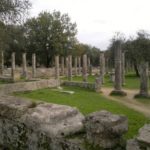 Olympia located in the western Peloponnese, in the “Valley of Gods”, lies the most celebrated sanctuary of ancient Greece, and the birthplace of the most important athletic mega-event of all times; the Olympic Games. Olympia is one of the most well-known tourist destinations in Greece, and one of the most powerful brand names worldwide. One can walk through the impressive ruins of the area where athletes trained and run in the ancient stadium; just as the ancient Olympians did after their victory 3000 years ago. Visit the museum and get the chance to see some unbelievable sculptures such as the sculpted decoration of the temple of Zeus, one of the Seven Wonders of the Ancient World, the famous Hermes of Praxiteles and the statue of Nike of Paionios. 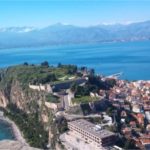 Nafplio, the capital of the prefecture of Argolida and the first capital of Greece, is a picturesque city with a significant history and deeply rooted cultural traditions. Built at the foot of two forts, Palamidi and Acronafplia, today it has a population of around 19,000 inhabitants. Nafplio is a neoclassical 19th century city with great tradition and centuries of history. 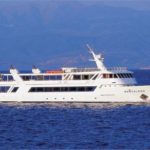 Pegasus cruises is a well – established, friendly, family-run company based in Tolo offering leisure mini-cruises to the picturesque Saronic islands of Spetses, Hydra and Poros and the enchanting historic castle-town of Monemvasia.

The cruise programme runs from late March to late October. In addition to the ever-popular day cruises to Monemvasia and the islands Hydra, Poros and Spetses, the boats offer a variety of special cruises such as picnics, barbecues and evening cruises.